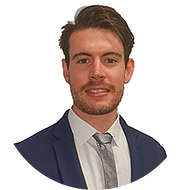 Scott believes in the holistic approach to management and works closely with other Allied Health professionals to maximise his patient outcomes.

He has a passion for sport and is a sponsor of the local football club in Blackburn.

Scott works Primarily in the field of Biomechanics and sees a mixture of Paediatrics and Adults in clinic and has consulted with a number of high level athletes, including players from AFL teams, National Basketball and Soccer teams, marathon and ultra-marathon runners.

Since Graduating Scott has completed courses in Extra-Corporeal Shock-Wave Therapy, Mobilisation and Manipulation of the Foot and Ankle and regularly attends State and National Conferences.

Please phone us on